Bullish trend continues. It looks like right now price is finishing the fourth wave inside wave [5]. In the near term, instrument may complete local correction and start new ascending movement inside wave (5) of [5]. 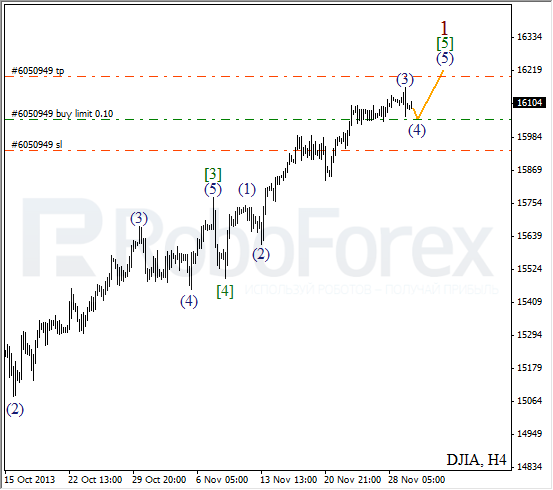 Considering that by now Oil has formed only three waves down pattern, future descending movement is possible only in the form of diagonal triangle pattern. During current correction, I opened sell order with stop placed at local maximum. As we can see at the H1 chart, wave (4) was completed in the form of zigzag pattern. Later, instrument formed zigzag pattern inside wave 1 of diagonal triangle pattern, and right now is finishing the second wave. In the nearest future, price is expected to move downwards inside the third wave.